The Next President May be Decided by Artificial Intelligence 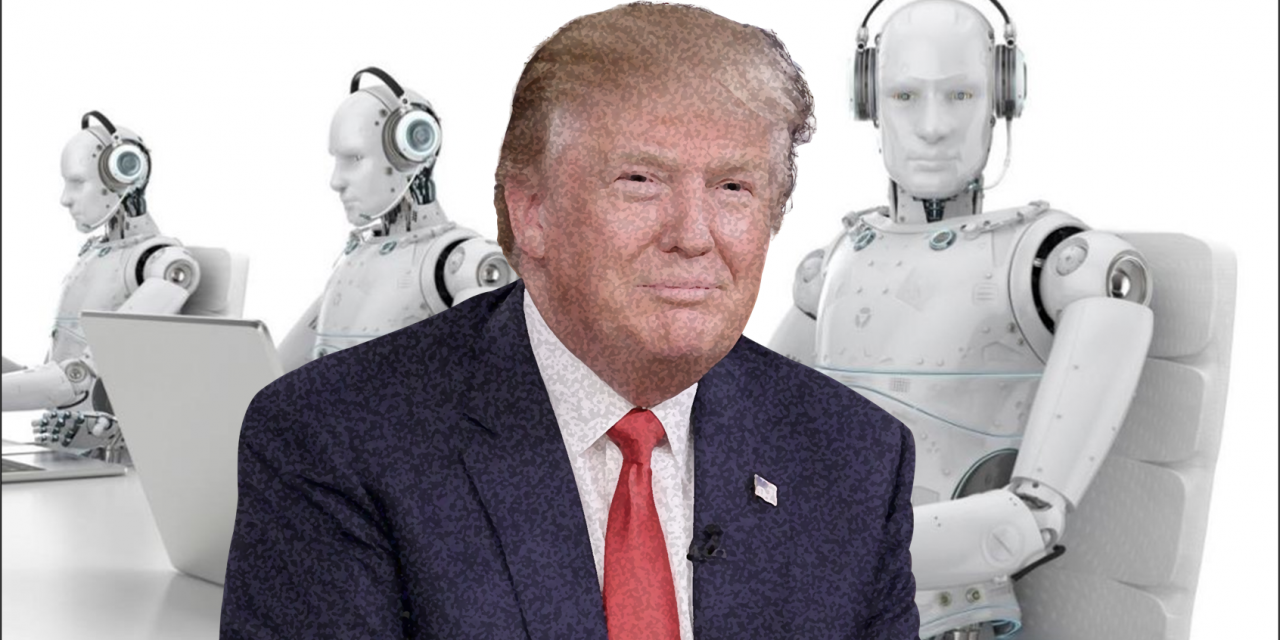 Ai transformative technology is developing so fast now that major advantage lies in the awareness of its availability and the adoption policy of the next crown winner, in any capacity, industry or political office.

We are genuinely at a turning point in humanity where artificial intelligence is now replacing human labor in areas, we didn’t think was possible a few years ago. Advancements are so fast now the current availability of new powerful ai software is still largely unbelievable, much less, aware of its existence.

This is where the greatest advantage comes in: Having tech the other side doesn’t. The ai technology adoption policy of the current thought leaders and dominant productive individuals will determine who is in categorical leadership roles in the coming two years. Heads up: is the great transformation has begun.

Early adopters of transformational ai technology get the spoils of the latest tech and some of these ai tools are Archimedes level or DaVinci level weapons of war, in terms of being ahead of its time and the simplicity of it. The greatest challenge is that the term artificial intelligence can be intimidating and the disruption fright upon the realization of the technologies’ powers is a very real phenomenon.

Disruption fright, also known as disruption freeze, may be the greatest interruption to adoption policy of transformative ai technology. The real problem is that the advantages of artificial intelligence adoption are so vast, the larger organizations out there have invested $ Billions into varying purposed artificial intelligence technology and are unwilling to share it with the other kids on the playground. Who can blame them?

Conversely, on the open market real, powerful, ai technology is starting to become available but much of it has released too soon in attempts to secure market positioning, which has put a bad taste in people’s mouths, who now confuse an earlier bad experience with the newer, better prepared ai developers, especially those with SaaS models.

To the point, Microsoft, Google, AWS and Oracle are the biggest Ai platform providers, and their Ai support is just now moving to the edge that allows experts to leverage their creative power of Ai. It is still a very new science; however, it is faster than anything that has come before it and early adopters must bear the risks until risk management gets considered into the value proposition from the extremely intelligent nerdy people that have the capability to program ai protocols.

Vocodia conversational Ai software is one such company that can create Jarvis-level conversation, like the Disney owned Marvel movies of Iron Man. However, their current focus is agenda driven conversations due to their size and time in business. Their technology impressively replaces salespeople and any other conversationally dependent job function necessary to the agenda of any organization. Vocodia has stated that their greatest challenge in customer development currently is that their clients have suffered from disruption fright because, well, it meets its promise and displaces critical people that no one thought would be able to be replaceable for a while yet. Who wants to fire their friend or relative who helped usher in the new software? Welcome to the challenge-room brought to you by smarter people.

Seamless ai is another SaaS model that easily allows access to anyone via their powerful ai platform that goes out and finds the contact points of anyone in any organization, even finding people that don’t want known their association with such organization. There is no footprint not uncovered and verified because of the speed of the Ai and the intuitiveness of it fueling the completion of its mission which is automated and already available. This is a tool offering significant boosts in sales support. Vocodia can, call sell and close the deal automatically, but their digital Intelligent Sales Agents still need Data to call on. Data provided by Seamless.ai is so accurate that data providers will have a hard time keeping up with them.

The last two big Presidential races were supported with early Ai which allowed massive interaction and contact with constituency on social media. Traditional news and media outlets were blindsided by disruption of information dominance of gateway information access, to the point of calling out almost all citizen-based journalism as ’fake news’. A lot of the information that streamed through was too obviously far from fake, causing the info gatekeepers on both sides of every issue to acknowledge some aspects to their chagrin, and main-stream very disturbing and controversial information, albeit in their newsy third-party way.

What America and the globe really witnessed with polarization was the Infowars hitting Americans in their living rooms, cars and phones while waiting to check out at Walmart. Everyone now knows that the cabal behind Facebook’s fact checkers were not just biased but instructed to be so. This next race, with newly available technologies is going to get deeper in terms of actually being available to constituency for meaningful, informative conversations and message delivery, that works effectively both ways.

After all, in this age of technology, the republic could technically call all the shots of their elected leaders, so the least that could happen is that constituency knows they are listened to and considered. Ai technology offers this level of relationship now. Vocodia level technology is capable of permitting a single politician to conduct a full conversation with every single American at the same time, while actually taking notes to quantify what is truly important to America by listening to each person with a stake in her health and continued freedom.

Basically, the next president will most probably be decided by which party has the best ai tech to take the most important fight on the planet to a new level of ground game with real, direct and meaningful communication with every single American. Relationships are built on conversations and time spent together. It is clear that any remaining trust in the existing information gatekeepers only divide the population into frenzied polarity regardless of truth, to keep their polarized audience coming back. Transparency from centralized platforms will never be allowed.

Isn’t it time to utilize technology intelligently to have a real national talk about how real problems are going to be resolved? The lack of adoption may cause Joe Biden’s borrowed lines from his hidden policymakers to sell America on Autocracy through the existing information gatekeepers. Build Back Better is not an American Idea, but a global one.

Lack of adoption of transformative ai technologies is already a scarier proposition than non-adoption. 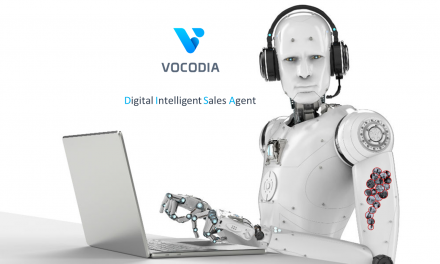