A sad day in journalism today, as McClatchy filed for Chapter 11 bankruptcy. The move will erase about 55 percent of the debt but transfer control to a group of hedge funds led by Chatham Asset Management of New Jersey.

Chatham Asset Management is a New Jersey-based Hedge Fund that has been part of the funding for many of the newspaper acquisitions during the decline of print media across the globe.  Chatham supplied much of the financing behind the accumulation of distressed media and acquired control of  American Media, Inc., (AMI) who owned the National Enquirer was founded in 1926, and subsequently, forced them to sell the paper.

This came after Chatham owner Anthony Melchiorre, whom AMI relied on for survival, expressed dismay of the tabloid magazine’s scandals regarding hush money assistance to U.S. President Donald Trump‘s 2016 campaign and the purported blackmail of Jeff Bezos. This created a huge crisis at the paper, and on April 18, 2019, AMI agreed to sell the National Enquirer to Hudson Group.

Market observers saw this as the death knell for the newspaper and tabloid business, as they reached a rock bottom low in profits, sustainability, and ethics. Media and content reached new lows as total disruption of the industry are taking place in this new decade and a full reshuffle is reshaping the way the consumer gets the news.

Dale Kasler reported from the Sacramento Bee commenting on the history of a great McClatchy as a great American newspaper, and many harken back to the day when owning a newspaper meant something.

“ The McClatchy family dominated the Sacramento landscape for decades, publishing its leading newspaper while shaping the history and culture of the city.

Starting with the first edition of The Daily Bee during the Gold Rush, the McClatchys built one of the titans in American media. They controlled dailies from coast to coast and a nationally respected news bureau bearing the family’s name in Washington, D.C. They mingled with presidents and governors, crusaded for civic improvement and stood alongside California’s other great newspaper families: the Chandlers in Los Angeles, the Hearsts and de Youngs in San Francisco “.

But the 21st century has been hard on the McClatchy’s. An ill-timed $4.4 billion acquisition of the Knight-Ridder chain in 2006 left The McClatchy Co. deeply in debt just as the newspaper industry’s fortunes started crumbling in the digital era.

The irony here is that the downfall started when McClatchey tried to absorb the Knight-Ridder wire service, which proved to be its undoing.  This era brought large amounts of debt to the newspaper business, and they never recovered. The lower costs of operating an online business killed the newsrooms as we knew them because the sheer speed and low cost made them obsolete.

The newspaper business will rise from the ashes and is already showing signs of recovering in the age of disruption from Twitter, Facebook, Google and other media disruptors who have used this opportunity to build their own businesses and build an audience. 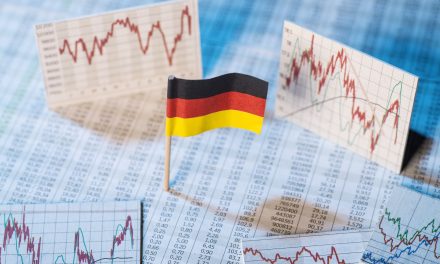