This is a breakdown of the Prospectus KYC Technology Inc who is co-listing with CanaFarma with intent to trade public shares.  We took the time to simplify this arduous 120-page document and simplify it into simple to read, refer to and generally consume.  We are always confused by the legalese, and seek to break down important sections of these documents.  All of the information is sourced from Sedar, the regulator in Canada.

It is always good to read the opening risk disclosure just to get started.  “ Prospective investors should read this entire Prospectus and consult their own professional advisors to assess the income tax, legal, risk factors and other aspects of an investment in the Common Shares ”.

While the Resulting Issuer (CanaFarma ) disagrees with the position of the FDA, there is a risk that this agency could take law enforcement actions against the CanaFarma. There is also a risk that state or local authorities could take enforcement actions against the company.  We substituted CanaFarma in many places, but it also means the combined entity of both CF and KYC Global.

The core concern is listed here, and certainly, this applies to anyone choosing to enter the industry at this time.  “ Legal barriers applicable to selling hemp and hemp-derived CBD products result from several factors, including the fact that hemp and marijuana are both derived from the Cannabis plant, the rapidly changing patchwork of state laws governing hemp and hemp-derived CBD, and the lack of FDA approval for CBD as a lawful food ingredient, food additive or dietary supplement “.

The prospectus quickly transitions to the objective, where they say, “ CanaFarma’s objective is to capitalize on the opportunities as a result of the changing regulatory environment governing Industrial Hemp, hemp oil and the Cannabis industry initially in the State of New York and, once permitted, other states in the U.S “.

The prospectus went on to further identify the risk saying, “ Unless and until the FDA recognizes CBD as safe for use in food products, there is a risk that federal authorities may enforce current federal law, and the business of CanaFarma may be deemed to be producing or dispensing CBD products in violation of federal law in the U.S. For these reasons, CanaFarma operations in the U.S. Industrial Hemp and CBD market may subject the company to heightened scrutiny by regulators, stock exchanges, clearing agencies and other Canadian authorities “.

The prospectus listed funds as, “.. currently has approximately $1,020 in cash. KYC’s principal shareholder(s) have confirmed that loans will be made available to KYC for general working capital purposes and to cover expenses related to the proposed Merger with CanaFarma “.

The Company has applied for a listing on the CSE; however, as of September 2019, the company is awaiting conditional approval from the CSE. Such a Listing will be subject to CanaFarma fulfilling all of the requirements of the CSE, meeting certain financial and other requirements. Directors are listed as David Lonsdale, Gaurav Singh, and Peter Wanner.

Our following articles will break down other aspects of the business as we talk with the company. 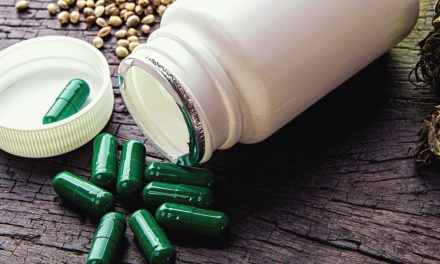