We use Probit Global to track moves in digital currency, it is an easy platform to use, and I like the fact they have an easy secure wallet and make moving Bitcoin or other base digital currency from wallet to wallet a simple task.  One of the downsides of trading digital currency is the fear of getting ripped off by hacks who are looking to take advantage of you. Probit is very clean on the safety and security side which is one less thing to worry about.

We track and often trade smaller IEO’s, and part of our research is a deeper dive into what happens on the trading side, this order book is simple to use, and track historical prices is also easy.  You can also click through to fundamental information ala Coin Marketcap, Probit is aimed at some of the smaller Alt-Coins and leaves the Bitcoin and Etherium trading to others, this certainly has helped us in our research, writing and trading of digital currency.

Fresh off its 1-year anniversary celebration after a momentous year highlighted by the major success of its IEO platform as well as Launchpad, ProBit Exchange has burst out of the gates to ride the momentum en route to claiming a spot among the top 20 exchanges in terms of true web traffic.

As one of the most popular exchanges worldwide, ProBit has continued to be endorsed by an eclectic range of projects and has meticulously built a massive crypto community:

ProBit’s 1,254,000 visits in the month of November has it trailing only the top 3 exchanges as it continues to propel into the industry’s upper echelons.

Despite the bearish market, ProBit Exchange has now launched over 150 rounds of IEO along with secondary market offerings on a consistent basis as many entrepreneurs look to replicate the success of global clientele who have benefited from their extensive expertise and highly customized, flexible services.

ProBit’s continued success and expansion into international markets have also helped it crack the top 20 exchanges in web traffic due to their wide variety of user-centered events and unparalleled coin offerings which has helped it capture an impressive 1.65 million monthly visitors from their global and Korea based websites. 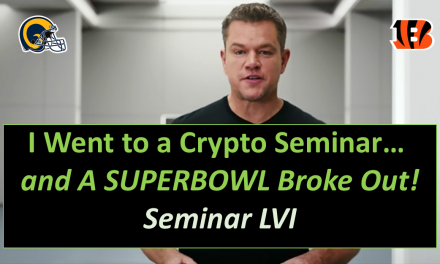 I Went to a Crypto Seminar and a Superbowl Broke Out!

Bitcoin Already Replacing Gold as a Flight to Quality Asset